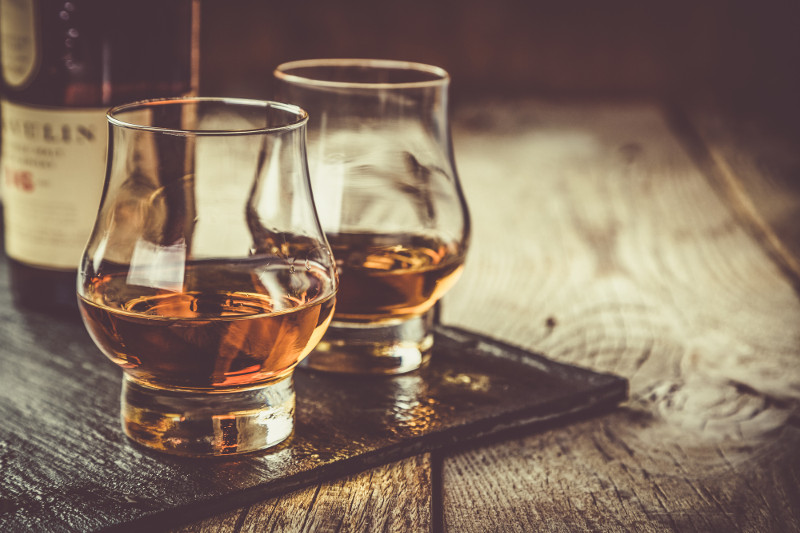 What does whiskey mean to you?

For some, whiskey is their lifeblood. They come home from a long day at work, excited to pour themselves some of their finest bourbons. Whiskey is more than alcohol to some. Whiskey is an art form and a way of life.

But what if you’re a new whiskey man or woman? There’s a lot to learn in the wondrous ways of bourbon.

One of the easiest things you can learn is the different whiskey knowledge and terms. There are hundreds of words related to whiskey, but 10 are essential for whiskey lovers.

Wait — beer? Why beer? We’re talking about whiskey, right? Well, whiskey is actually made from beer. Not one of those fancy IPAs, but beer is a part of the whiskey-making process.

Whiskey is made in a low wash process. This process combines malted grain, water, and yeast. What else is made from these ingredients? You guessed it: beer.

The only difference is beer is bittered with hops. And beer made with fewer hops can actually taste closer to whiskey than traditional beer.

There’s a reason why barrel-aged bourbon is more popular and expensive than the average whiskey you use for shots. Bourbon is aged in a barrel for two years. The barrel must be brand new — at least in America.

Barrel strength bourbon needs to age at least six years in a barrel.

Have you ever placed your unfinished glass of whiskey in the fridge?

This process is called chill filtration. When the whiskey gets cold, the fatty acids congeal, which gives the cloudy appearance. But most commercial brands filter them. Unfortunately, this diminished the flavor of the whiskey.

You might have heard the classic saying that the taste of whiskey is affected by the barrel it’s aged in. Well, there’s a science behind that. It’s called cooperage.

Cooperage is just another fancy term for the barrel.

In fact, 70% to 80% of the whiskey’s flavor comes through this process.

While whiskey is aging, extraction and oxidation occur. For the non-sciencey people, this means the wood helps break down undesirable components and replaces them with wood elements.

Let’s continue with the extraction process because this is what whiskey connoisseurs care about.

Whiskey, in its natural form, is a solvent. In short, this means it’s able to dissolve other substances. This is why whiskey takes so much of its flavor from wooden barrels.

Even before the whiskey enters the barrel, it’s clear, not the lovely brown we’re used to seeing. This is why the type of barrel is vital to the whiskey’s flavor. Certain woods can make a whiskey taste sweet, spicy, or nutty.

If you’re an American whiskey drinker, you’ll likely never hear this word. But if you’re in Scotland drinking whiskey, the whole pub will be saying this word.

What does it mean? Some whiskey experts claim Scottish whiskey is made with heather.

But don’t think of Heather like the girl’s name. Heather is a plant that grows in the highlands. No one eats or even touches it.

Malt is one of the ingredients in whiskey, beer, and other types of alcohol. But what is it? Malt is a grain that’s sprouted but toasted to prevent it from growing into a plant. Malt gives whiskey its sweet flavor.

Unfortunately, malt is expensive. That’s why whiskey isn’t made with a lot of malts.

Some whiskey isn’t made with malted grains at all but just grains before they reach the malting process. You can definitely drink malted whiskey, but it will cost a pretty penny.

Did you know whiskey barrels aren’t fully tight fit? In every whiskey barrel, there’s a little bit of room for oxygen to enter. This process is called oxidation and is important to the aging process.

Oxidation, like extraction, mainly affects the taste of the whiskey. The grain and wheat give whiskey a little bit of a bite. During the oxidation process, this bad taste goes away. What’s left is the sweet and nutty wood flavors.

This is another important term in the whiskey aging process. As whiskey ages, some of the liquid evaporates. The joke is this little bit of liquid disappears because it’s an “angel’s share.”

But really, why does some of the liquid disappear? The porousness of wood absorbs many aspects of the whiskey but also releases some of its own flavor.

Unfortunately, wood does more absorbing than it gives out. That’s why 2% of the liquid is lost each year during the aging process.

Did you know a whiskey doesn’t have to age in the same cask it was originally placed in?

This is called a cask finish. Some whiskeys are placed in a second or even a third cask during the aging process. This creates a more flavorful bourbon.

This process can last for a few months up to its full maturation which can take several years.

Whether you prefer American or Scottish whiskey, there are whiskey lovers all over the world. If you’re new to the whiskey scene, you should memorize these terms.

These terms signify the whiskey’s flavor, how it’s made, and other vital slang terms. Whiskey is a fascinating beverage. Learning these terms will help gain a better understanding of the alcoholic beverage you love.

So what’s next? Pour yourself a glass. You deserve it.

Do you want to try some delicious whiskey? Take a look at our distillery.