10 Whiskeys Every Man Should Know 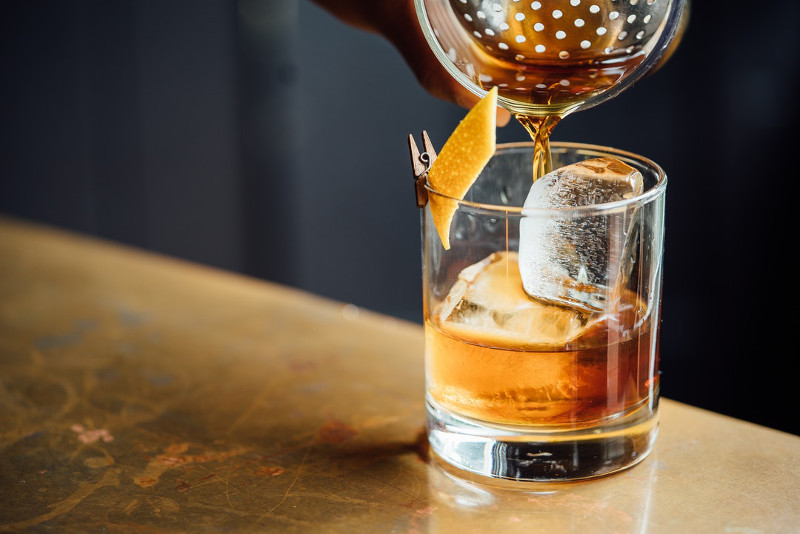 Whiskey has a history for being one of the holiest spirits a person can drink. According to written documents, the first order for whiskey ever made was by a Scottish friar over five centuries ago.

The Irish and the Scottish both claim to be the motherland of this popular drink and squabble about it. They are able to agree on one thing, calling it the “the water of life” in their native languages (uisge beatha in Scottish Gaelic and uisge baugh in Irish).

And now, more than ever, you have many of these holy spirits to choose from. There are over 500 brands from around the world on the shelves. And with the American whiskey industry predicted to continue soaring from the $3.1 billion it made in 2016, it is safe to say whiskey productions are not going anywhere.

Yes, there may be 500 whiskey brands for you to choose from, but as a whiskey connoisseur: here are ten that you need to know.

Where Dickel differs from most of its competitors is the extra step it takes in the filtration process. Unlike other familial bourbons, Dickel uses a charcoal filtering process to take out any debasements.

Dickel has always been a good whiskey to choose. However, now that they are using this newer rye, it is arguably the best bang for your buck. It is made from 95% Indiana-grown rye, and now as good as whiskeys twice its price.

If you are looking for a great sipping whiskey or are more health-conscious about what is in your spirits, this is going to be your new drink. Try it neat ($25).

Auchentoshan is the only distillery in Scotland to distill their whiskey three times. This makes the whiskey known for having a “lighter” taste than most.

What also makes this whiskey delicious is that it is aged in American Oak bourbon barrels. This is a newer addition to the Auchentoshan brand, which they have picked up from their parent company, Jim Beam.

This light and smooth whiskey has hints of vanilla, with a bit of spice. It is worth every dollar, and some of the most delicious drinkability on the market ($40).

Japanese whiskeys have been around for hundreds of years, but they have just begun to explode in the global bourbon industry. They are collecting awards right and left, and now compete with some of the world’s best whiskey.

What the Japanese whiskey companies have perfected is the creation of what may be the best single malts around the world. Anyone who knows whiskey knows the importance of having a great single malt

Yes, the Hibiki is around $60, and this makes it more than its competitors in the United Kingdom, but trust us, the taste is worth the price tag.

The Green spot is a whiskey from County Cork that is a treasure for any possessor. Its rarity is due to it being made in the traditional Irish practice: making one copper pot still at a time. It is one of the only distilleries in Ireland, and thus in the world, that makes whiskey in this way.

Because of the slow process Green Spot takes in making their spirits, it is offered in very limited quantities globally.

If you get an opportunity to purchase one of these bottles, take it. It is sherry casked, traditional, and like no other whiskey you’ve had ($50).

Balbair is the only Scottish distillery that makes vintage whiskeys.

Each whiskey Balbair releases stays consistent with their known flavor profile. However, each release is unique due to how many years the whiskey has spent in the cask. And, of course, how old the cask is itself.

The vintage releases are picked meticulously every year, and they do not disappoint. They have anywhere from eight to ten of their vintages on the market at one time, and they vary in age from as young as 16 to as old as 53 years in age.

This bourbon is the closest thing you can get to sticking a straw directly into the barrel for a sip. It is 110 proof, and alcohol enthusiasts have warned whiskey lovers never to drink this straight.

Made as the highest tier of the Russel family of whiskeys [they also make Wild Turkey], this single barrel bourbon is very dark and deep in color. Its pure flavor is thanks to the distillery’s use of charred white oak barrels.

A bottle of Russell’s Reserve is perfect for a bachelor party or a night out on the town ($50).

Macallan wears a crown for its taste and rarity. Coming from Scotland, and selling bottles from anywhere between $60 and a whopping $2500, Macallan has been a loved favorite for years.

There are many whiskey lovers who know about the Macallan’s legacy. However, few know about its sherry soaked oak cask whiskey, Macallan Rare.

It is handpicked by Master Distiller Bob Dalgarno, and it usually has an age label of either 12 or 18 years. It goes for around $300 a bottle, but it is delicious. It is spicier and less sweet than most of Macallan’s products. But every sip you have, you can taste the time it took to make.

WhistlePig is by far one of the best super-premium rye whiskeys on the market. It is so smooth that it may be too good for you to use in your Old Fashioned.

It began being offered on the market around 2010 and has had consistent success in bars and liquor stores since.

The reason it is so delicious? It is made from the best rye available. A Canadian grown that is 100% rye: a rarity indeed. It is also hand bottled.

Wine Enthusiasts rated WhistlePig in a class of its own: giving this marvel 96 points. There really is no better rye ($65). If you are looking for a new whiskey to order, this may be the one.

In the common practice of Irish whiskeys being blends, this is the one that should be at the top of everyone’s list.

Each bottle is handpicked by a master distiller, and it has won the highest possible Double Gold at the International Spirits competition twice.

It is one of the smoothest whiskeys on the market. And it makes a beautiful present. Every bottle comes in numbered, signed, and in a wooden box ($150).

Bowmore is one of the most renowned distilleries in all of Scotland. It is known for its classic single malts. However, this Small Batch has a flavor all on its own.

Yes, it sticks with some of the traditional tastes of a seaside malt. However, it tastes almost like a rum, with its fruity flavors and notes. If you are looking for something different from everything on the market, this is your guy ($40).

A Whiskey For Every Occasion

Whiskey is one of the oldest bottled liquors in the world. It is coveted for its taste, its smoothness, and in all honesty, its perfection.

As whiskey continues to sell in mass quantities, remember: there will always be a difference between quantity and quality. Dabble in all the whiskeys you’d like to, but take some time to get to know some of the best in the world.

Do you have questions or comments about our whiskey selections? Do you know of one you adore, but it didn’t make our list? Well, tell us! We would love to hear from you, so please feel free to contact us.