Discover the Rich History of Whiskey 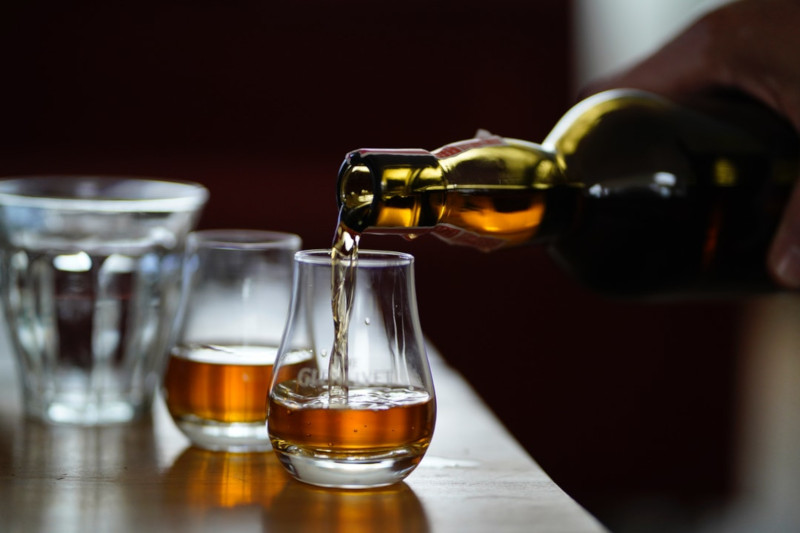 France has wine, Germany has beer, Mexico has tequila, Scotland has whiskey and America has whiskey. It’s a big world out there, ready for the tasting.

But how did the beautiful amber-colored whiskey drink come to be? Learn about that in the history of whiskey below.

The distillation process has been happening for centuries, but it wasn’t until Monks made their way to Scotland and Ireland that Whiskey was born.

These monks, used to having grapes to make wine with, found none on the Irish and Scottish hillsides. So, they turned to what was most readily available – grain mash.

They treated the grain mash as they would have treated wine, and hence, whiskey was born. That’s the first record we have of it, anyways, which dates back to 1000 ACE.

That whiskey from grain mash wasn’t anything like the whiskey we know today. Wine isn’t distilled but aged, so it was more like grain wine than anything else.

The First Alcohol Poisoning (from Whiskey)

While we’re sure hundreds of people had died from drinking too much wine at this point, the first record we have of over drinking whiskey comes from the Irish Annals of Clonmacnoise.

The papers state that the head of a clan died from taking so much of “aqua vitae” during a Christmas celebration.

This doesn’t give us much information, other than the knowledge that people 1. were drinking whiskey by then and 2. using it as a celebratory beverage.

This was just the beginning. The beverage really took off in the next hundred years (1400-1500).

The King Gets Involved

In 1494, King James of Scotland got on the whiskey train. He declared that large amounts of malt and grain should go to the monasteries, which were still the only ones making whiskey.

Then, about fifty years later, King Henry the 8th of England made an unpopular decision to dissolve monasteries. So now there was no one to make the whiskey, at least, no one employed.

So, without a home and a job, the old monks used what they knew to make whiskey for a living. They sold it individually and let other people use their distillers/taught the process.

Some of the people they taught the distilling process too became the first (European) settlers of the then “New World”, what is now America.

They brought with them the skill of distilling, but it took a while to get everything set up in the new land. Once they did, they found that their whiskey differed from what they had back home.

For one, the strains of grain were different and two, each person tweaks the process a little bit when they pass the knowledge down.

So, starting in 1600, we start to see American made whiskeys.

Back across the sea in Northern Ireland, in 1608, we see the first and now oldest licensed whiskey distillery in the world open its doors. It’s called the Old Bushmills Distillery, and it’s still running to this day.

It’s a good hundred years for whiskey, at least, until the 1700s. That was when the British government took over England, Scotland, and Ireland – creating what we now know as the UK.

As part of that merger, Scotland and Ireland were now ruled by the English Malt Tax of 1725. This made getting one of the main ingredients to whiskey too expensive, and we saw the production rates of European whiskey dip.

But the Scottish are a dedicated people, and they didn’t give up. They took their whiskey distilleries underground or hid them in other buildings. They’d then work at night, which is how we get the name “Moonshine”.

The to-be Americans had been making their own whiskey for a long time. They were under the rule of England, but it was easier to evade things like the Malt Tax since they were an ocean away.

Whiskey was so popular and easy to make, actually, that some people used it as currency during the Revolutionary War.

America gained its independence in 1776, and what did they do with their new freedom? They established the first commercial Whiskey distillery in Kentucky.

It’s the Evan Williams distillery on the Ohio River, which you can take a tour of if you’re in the area.

After the Revolutionary War, the States were low on cash. So, they established a Whiskey tax (because that worked so well for England).

Farmers who had leftover grain they sold for whiskey and the distillers didn’t like this. They planned a rebellion that took place in 1794. After attacking a tax inspector, the debate heated up even more.

The whiskey tax was the “healthcare” of the 1801 election. That is – it was part of everyone’s campaign. President Thomas Jefferson won that cycle and got rid of the Whiskey tax as soon as he could.

We see some big names and developments in Whiskey at this time. Johnny Walker started playing the Whiskey game, England lifted their Malt tax, and we see Bourbon become differentiated from whiskey.

The Coffey still was developed and the 1800s were a whiskey-full set of years.

Then…prohibition happened. We all know that it didn’t go well for the government. People just went underground and to speakeasies to drink.

Some stores, like Walgreens, got away with selling Whiskey as a medicine and made their name and fortune in that.

When prohibition ends, we see a rise in official whiskey sales, and that hasn’t stopped since.

Finally, in 1964, Congress declares that Bourbon Whiskey is the US’s official alcohol. In such, they make drinking Whiskey a patriotic act. Thanks, guys!

The History of Whiskey

From the monks in the 1100s to Whiskey as we know it today – it’s been a boozy thousand years. We’re proud to be part of such a historic beverage, and, as Americans, it’s our patriotic duty to keep making it.

We wouldn’t want to stop producing the country’s official drink!

If you liked the history of whiskey, we invite you to taste the mark ours is making on the times.