Do You Know the Difference Between Scotch Whiskey and Bourbon? 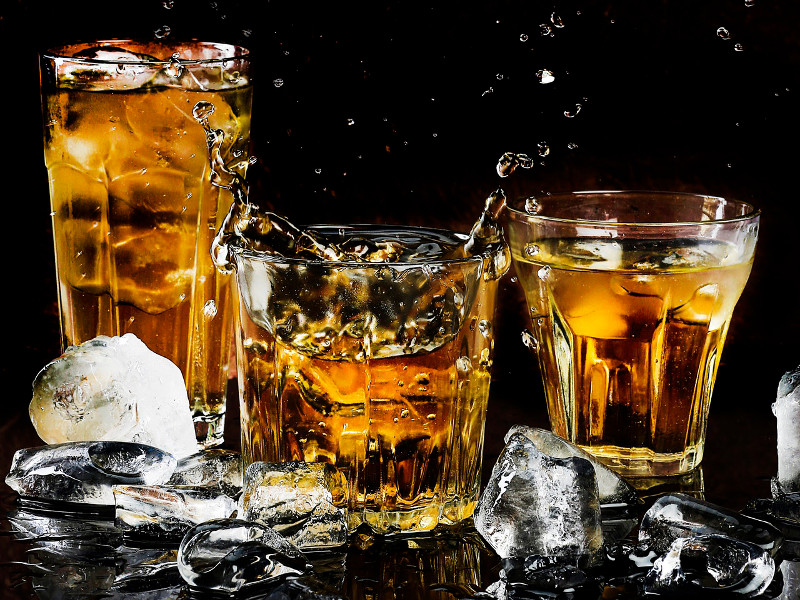 There are many liquors (roughly a gazillion) enjoyed by people (of legal drinking age) all around the globe.  Whether it’s having a drink after work, going to a bar and having a few, or just enjoying a quiet evening at home, there is no shortage of options, but our two favorites happen to be scotch whiskey and bourbon (both near and dear to the heart of Sam Maverick).  For a myriad of reasons, these two whiskies are coveted by millions and, so it begs the question, “What is the difference between scotch whiskey and bourbon?”  And if you’re like us and really into this kind of stuff, you’re probably also wondering how they are made (and what’s legal and not legal about their production)?

So if any of those questions tickle your fancy, then read on, my friend, because just like Sam…we will help our people find their way across the wild frontier…of whiskey.

It’s been said there are two types of whiskey and bourbon drinkers.  For the first group, both liquors produce the same effect: they burn going down.  To others, however, these fine brown liquids are the nectars of the barrel gods.

So for the second group who have developed a love affair with the burn or those who are interested in making them on their own (or just really curious folk), they should know that although you can consume both out of your favorite flask with little to no immediate physical risk, the process to making either one is extremely technical, especially when meeting the standards of the law.  We won’t cover that in this article, but please know that making any spirit is super dangerous (we happen to like danger, so we make lots of it). #livelikesam

Blast you and your interruption.

The term “spirits” describes the process of distilling, whether it be from raw materials in pure state or contaminated by impurities normally presented in distilling. But it also generally refers to any flammable liquid obtained through distilling (yes, the we drink fire).  In the simplest terms, however “spirits” is just another word for liquor (typically flammable ones), of which scotch whiskey and bourbon are.

“But, wait,” you interrupt, again, “how did the word ‘spirit’ move from something holy to something distilled (and likely flammable)?”

We actually think it’s the other way around, Son.  You see, the word “spirit” to describe liquor has been around since the days of everybody’s favorite ancient philosopher and scientist, Aristotle. He was in fact, around long before Sam was.

Yup.  It was that ancient maverick who said, “If we are what we repeatedly do, then excellence is not an act, but a habit” who also gave the name of “spirits” to the first (probably flammable) product of distillation.  This is because he thought drinking distilled products such as beer or wine put a “spirit” into the body of the person who was drinking it.  And you know what?  We kind of do, too.  I mean, we obviously know the sensation is caused by ethanol entering the blood stream and interfering with neurotransmitters, but who is to say that isn’t spiritual!?  Either way, since we consume it repeatedly we are, by Aristotle’s definition, excellent at it.  Spirit or not. #feeltheburn #livelikesam

But let us return to what we love…

So what exactly is bourbon?  Well, it turns out that the federal principles for bourbon specify what is and is not bourbon. That is, whether it was distilled following clear legal guidelines is what makes it a bourbon.  When it comes to bourbon, the mash – the combination of products/grains from which the creation is distilled – must be comprised of mostly corn – at least 51%. The rest is usually rye or wheat. The mash is required to be distilled at a rating of at least 160 proof, must be barreled at approximately 125 proof, and it must never contain any added products – per regulations.  Finally, the distilled product specifically made for consumption must then be aged in an oak barrel that has been “freshly charred.”  The charring process not only adds flavor, but it also pretty cool to watch – like in this video.

If you have personally made a whiskey that meets all the required criteria, then you have just made bourbon (and unless you are also a licensed distiller, you have also probably just broken the law).

Types of Whiskey and Specifics

Another important note here is language or, more specifically, where in the literal world the whiskey was made.  If it was distilled in Scotland then guess what you’re drinking?  Yep.  Scotch.  You’re drinking a scotch whiskey.  Travel 350 miles from Edinburgh (Scotland) to Dublin (Ireland), however, and make it and you’re making Irish Whiskey.  In America, we do something similar.  For example, whiskey from Tennessee is basically known by its more common name – Jack Daniels.

“But isn’t Jack a bourbon?” you ask, continuing your constant interruptions.

No.  No it’s not.  It is a Tennessee Whiskey.  And don’t ever let a us (or anyone else) hear you ask that question ever again.

In addition to these two types of whiskey, there is also rye which can be specified as either an American whiskey (which should be distilled from 51% rye) or Canadian whiskey (which may contain rye but not necessarily).

We don’t know how we got onto Rye and Canadian whiskey, but at least you’re not interrupting anymore…

Whether you choose to drink, scotch whisky or bourbon (or perhaps even rye) you are going to be in for a treat – especially once you find that one brand or cocktail that you find most enjoyable.  And we hope that come May 2018 that brand happens to be San Antonio’s finest, Maverick Whiskey.

Did we miss anything whiskey drinkers?  If so, let us know in the comments below.