The Ultimate Guide to Becoming a Whiskey Man (or Woman) 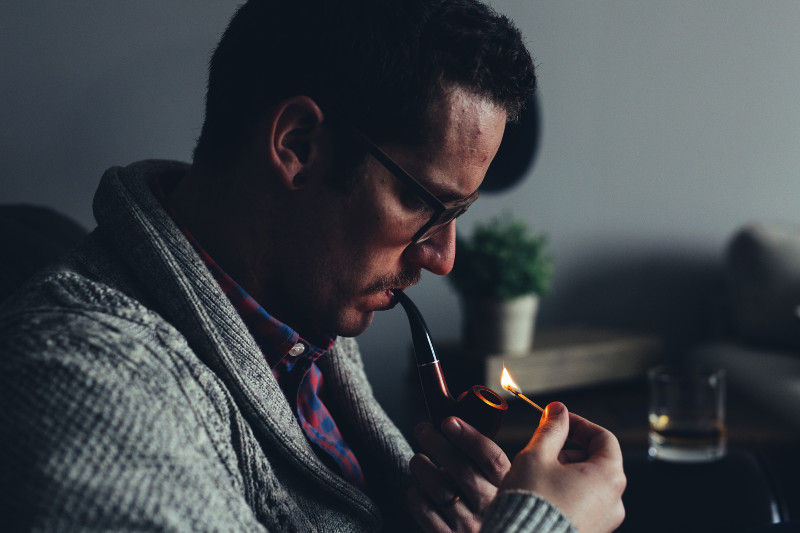 So you’ve decided the take the plunge to becoming a whiskey man (or whiskey woman…hell, it’s 2018, let’s go with Whiskey person.) Well, congratulations!  If you’re still in college, you’re finally blossoming out of the world of cheap kegs and beer bongs. If you’re in your 30s, you’re finally facing the fact that you’re a real adult now. In your 40s? Okay, you’re a bit late, but you’re still welcome to join the party.

Before you get to claim the title at parties, you need all the essential whiskey gear. You’ll need the knowledge to back up your fine taste in the best spirits money can buy. And you’ll need…whiskey. Maverick Whiskey, in our opinion. #livelikesam

So sit down, strap in, and pay attention. Take notes. Put down your cell phone (unless you’re reading this on your cell phone, in which case, keep your face glued to your cell phone.) Here’s what you need to become a true whiskey   person.

A Basic Knowledge of Whiskey.

Okay, so you’re about to be the whiskey person. Now can you tell me what whiskey is?

Whiskey is an alcoholic beverage, yes, but what is it?

Whiskey is a spirit distilled from grains. These grains vary based on where the whiskey is made and the preference of the distiller, but typically consist of barley, corn, wheat, and rye. Whiskey is basically a distilled beer, but without the hops.

The process of making whiskey goes a little something like this: the barley and grains are malted first. “Malting” consists of adding water to the grains and letting the grains germinate. This can take about five days on its own. Once the starch of the grain has turned into sugar, it’s time to dry the grains. This step sounds pretty mundane, but has a huge impact on the taste that you enjoy in your whiskey. Once the drying process is finished, whiskey makers add hot water to extract the sugar, and the resulting liquid is left to ferment, hence the beer without the hops. This is distilled once, twice, three times (a lady,) and then put into casks to mature and age.

At the ideal age, the whiskey is put into bottles. Delicious!

Really excited about your new whiskey man persona? Prove it with an Instagram picture and a bit of knowledge. Visit a local distillery to learn more about the process of making whiskey. Take copious mental notes. Start saying words like “copious” when you go out and talk about whiskey. Try a lot of whiskey, and pay attention to the different flavors and what part of the whiskey-making process contributes to these flavors. Becoming a true whiskey man doesn’t happen overnight, but if you study up, the process will move along faster.

What Makes Whiskey Different From Scotch or Bourbon?

Be confident in your title. You are a whiskey man, not a scotch man. Know the difference between scotch, bourbon, and whiskey.

Although, on the surface, there’s not much of a difference beyond what you call the drink in your glass.

Scotch is just whiskey that’s made in Scotland, simple as that. If you’re drinking scotch, you’re drinking distilled grains. If you ask for a whiskey across the pond, you’ll get scotch. Bourbon, however, is a bit different. Legally, bourbon has to be distilled from a mash that is at least 51% corn. Bourbon also has to be distilled and matured at specific proofs, in a specific type of barrel, without any additives. Rye whiskey is made from a mash that is 51%, you guessed, it rye.

Find the drink that best fits your taste, or just pull these facts out as a party trick. Subtle differences, like the humidity of the drying process or the blend of different grains in a drink, can actually have a big effect on how the drink taste, smells, and feels after a nice, long sip.

Whiskey isn’t a contact sport, but it does help to have certain types of gear before you indulge in your first delicious sip. Are you going to drink whiskey out of a Red solo cups? You’re not ready to be the whiskey person. Get the right glass, the right atmosphere, and eventually, the right leather chair for your whiskey consumptions. Oh yeah.

Whiskey is typically enjoyed out of a lowball glass. This is a tulip-shaped glass that allows the aroma and the taste to be concentrated for maximum enjoyment. It’s the first step to drinking whiskey like a real man (or woman, or person, or civilized creature.) Any sort of glass is better than any sort of not-glass, but if you really want to be the whiskey person, invest in a nice lowball glass.

There are many ways to enjoy a fine glass of whiskey. On the rocks, with a splash of water, neat, you name it. Play around with different types of whiskey, different brands, ages, and ways to drink your whiskey. The more you get to know different brands, the more confident you will feel when you find a brand that you enjoy.

Think about age as well. Experts recommend that between 6-20 years is the prime age to crack open a bottle of whiskey. But age isn’t the only factor in what makes whiskey taste good; if you really want to get to know your whiskey, learn about the climate and the type of barrel that the whiskey is matured in.

Want to learn whiskey from the experts? Talk to the distillers at Maverick Whiskey. We take pride in living up to the reputation of Sam Maverick, and strive to be true leaders in the world of local whiskey. Reach out today to book an event and learn more about how we make top-notch whiskey in Texas.