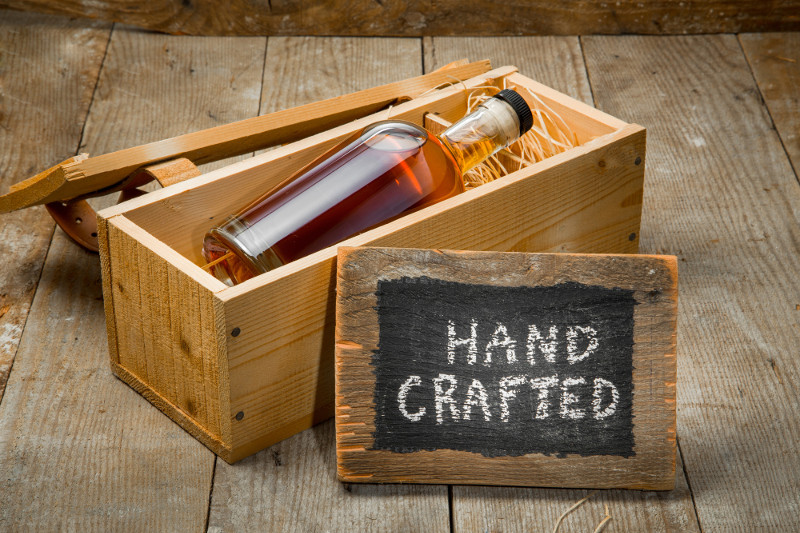 Wondering what gift you can give that hard-to-buy-for person on your list that they will truly appreciate?

If you’re buying for a whiskey drinker, this year’s trendiest gifts make gift-giving easy. And, contrary to what many people think, whiskey isn’t just a man’s drink. At least, not anymore.

In the 1990’s women only represented about 15% of whiskey drinkers in the United States. But, in recent years females have accounted for almost 40% of the country’s whiskey drinking crowd.

Men and women alike enjoy the taste of the high-grossing distilled whiskey. And, whiskey’s reputation is one that hints of power and sophistication. It also lures drinkers with a thrill of yielding to temptation.

This year, there’s no need to fret over finding the perfect gift for your friends and family. Our whiskey gift guide will make your holiday shopping simple.

This single malt scotch whiskey serves up a one-of-a-kind taste that’s extinguished and rare. Its’ complex brew is made from less than one percent of the first-fill European sherry oak cask that’s used in the brand’s other bottles.

At $300, The Macallan Rare Cask Highland Single Malt Scotch is the perfect gift pick when you want to make a good impression.

The name Jameson goes hand in hand with Irish whiskey.

Jameson Irish Whiskey is a versatile, well-loved choice for practically anyone on your list. And, with bottles that cost less than $20 bucks, you can afford to stock up on this crowd favorite.

Whiskey and spice come together to create this star-studded whiskey that earned its’ celebrity status through the acting of James Bond.

The 95 proof whiskey gift is an old favorite of anyone who enjoys their drink “shaken not stirred”. Although, any way you toss it, Olf Forester Statesmen turns out a can’t miss choice that should definitely be on your holiday shopping list.

For the person who truly has it all, the Old Fashioned Whiskey Infusion Kit offers something fresh, creative, and tasteful.

Just add your choice of whiskey to create custom cocktail batches all your own. This whiskey gadget is great for parties. And, it’s fun to use anytime you’re in the mood for whiskey with a twist.

This pre-prohibition bourbon serves as an excellent intro for first-time whiskey drinkers. Pure, 100-proof long-age whiskey whipped up in small batches earns it a flavorful favorite among old and new whiskey aficionados alike.

The maple-rich taste is undeniable when you take a swig. And, it’s even better mixed in a drink that you can sip and take in as the night wears on.

Jim Beam is notorious for its reputation as one of the best whiskeys in the world. Aged in white oak barrels in the southern state of Kentucky, the warm, rich tones are precisely what a whiskey should be. And Jim Beam Black goes the extra mile.

This bourbon ages just a few extra years. But, that makes a distinct and flavorful difference that places this whiskey clearly in the winner’s circle.

Wild Turkey has made their name making whiskey. If the name doesn’t catch your attention, however, their whiskey will.

When Wild Turkey Rye 101 left the shelves for a bit, whiskey lovers hearts sank in unison. And when it reappeared, their hearts rose again.

The caramel spice undertones, full-bodied taste, and reasonable price are just three reasons you’ll feel the same way that we do about this classic whiskey.

Who says you can’t gift whiskey and splurge at the same time?

Johnnie Walker Odyssey proves that you can absolutely do both, at the same time, with one delicious-tasting whiskey.

This is not a drink for the mild. It’s the bold culmination of a whiskey that’s got roots running a century deep and oceans wide. It’s the resonating toffee, honey, and smoked berry, mixed with a nutty and lingering aftertaste that can only be described as ideal.

It’s everything that a whiskey should be. And, it’s manufactured by the brand you’ve come to trust again and again.

Johnnie Walker & Sons Odessey makes one heck of a sell. Whether you’re a nouveau whiskey drinker, or an old pro…we think you’ll agree. Whiskey by any other name tastes only half as sweet as old Johnnie boy’s.

Treat Yourself (and Your Loved Ones) to Special Whiskey Gifts!

Shopping for a whiskey gift is only half the fun. But, let’s face it. Not every gift-giver will have the same genius inspiration as yourself.

While socks and underwear are an appreciated necessity, they don’t compare to the presents you’re wrapping. But, why should you have to gift all the fun?

The good news is that you don’t. We’re firm believers in the golden rule. And, that’s why we think that you should be able to get as good as you’re giving this holiday season.

So, get ready for a taste test that surpasses all others. When you’re searching for that perfect gift, you have our full permission to try the flavors on our list before deciding for yourself which whiskey earns the most accolades.

Don’t know where to start?

Start at 115 Broadway, and kick the holidays off right with Maverick Whiskey.