Why Ireland Matters to Whiskey Lovers 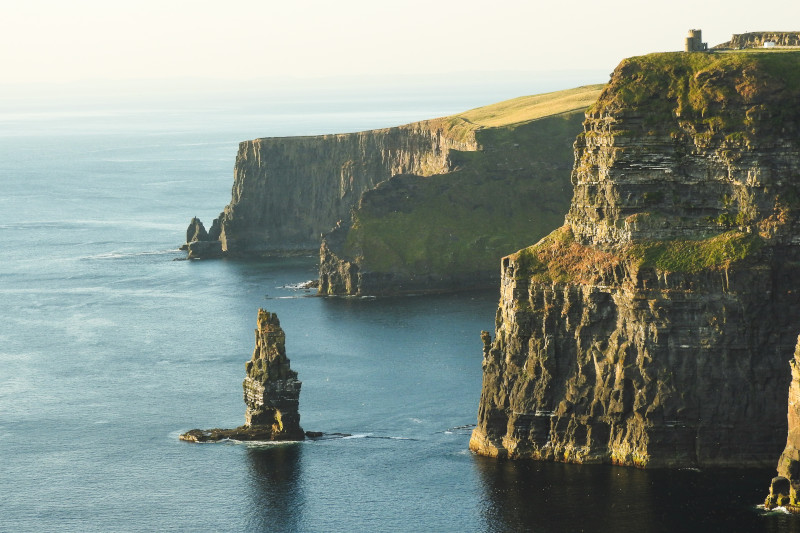 But while Americans are major supporters of the popular beverage, whiskey traces its roots to Ireland, where millions more bottles are sold annually.

While whiskey may be on the rise in Ireland and elsewhere in the world today, it hasn’t always been that way. Since whiskey was first distilled in the 1400s, the drink has seen its share of success and failures. In fact, it nearly died out completely in the early 1900s, with only a few distilleries surviving.

Today, rumor has it that the world is facing a whiskey shortage in the near future.

Whether you’re a whiskey enthusiast or just interested in the colorful history of one of the world’s most popular alcohols, keep reading.

We’re bringing you everything you need to know about the history of Irish whiskey distilleries.

The History of Irish Whiskey Distilleries

Given the dangers of drinking plain water and the popularity of alcohol in the 1400s through the 1700s in Europe, tracing the exact origin of whiskey is difficult.

But the first records of whiskey appeared in Ireland in 1405. The earliest records of the drink outside of Ireland don’t appear until nearly a hundred years later.

Even the name “whiskey” has Irish roots. In Gaelic, “whiskey” means “water of life,” which likely references the preference of the drink over water that was full of bacteria and other dangers just a few hundred years ago.

Historians believe that Irish monks picked up the skills they would later use to make whiskey. They did so while observing perfume-making techniques in the Mediterranean during the 11th century.

While monks started brewing an early version of whiskey, it would remain only a local hobby for several hundred years. In the 1400s, it became a version of the whiskey we know today.

It would take until the 1600s for it to start being distilled commercially.

In 1608, Old Bushmills Distillery in Northern Ireland became the first licensed whiskey distillery in the world.

While Scotland would soon start out-distilling Ireland thanks to an advanced still design, Irish whiskey continued growing in popularity. Its unique mix of malted and un-malted barley helped it become the most popular beverage in the U.S. at the start of the 1900s.

In the 1700s and 1800s, Dublin was the center of Ireland’s whiskey industry, with several large distilleries located there. Among them were Powers, Teelings, and Jamesons.

But prohibition in the United States and The Irish War of Independence led to a major decline in whiskey consumption. Many distilleries were forced to close, and the impact was felt across the industry.

By the 1960s, there were just a few distilleries left. Three of the largest, Jameson, Cooks, and Powers, merged to form the Irish Distillers Group. It would take another 10 years for a new distillery to finally open, with New Midleton Distillery opening in Cork.

Today, most of Ireland whiskey production is centered in the city of Cork. And after decades of decline, Irish whiskey is finally on the rise once again.

In 2014, distilleries in Ireland exported 6 million cases of whiskey. Just a year later, that number jumped by over a million cases.

In 2015, the Teelings factory opened in Dublin, becoming the first distillery to open in Ireland’s old whiskey capital in 125 years.

The Threat of a Whiskey Shortage

One side effect to the boom in popularity whiskey though has been the threat of a shortage. If the number of new distilleries opening up in recent years makes you skeptical of that fact, it may be because you aren’t familiar with the whiskey distilling process.

By law, Irish whiskey has to be aged at least 3 years. Some the best Irish whiskey brands and lines of high-end whiskey could be aged for as long as 18 years. Most whiskey falls somewhere in between.

Jameson, for example, is aged for 5 to 7 years. The brand’s Black Label Whiskey is aged for 12 years.

This means that distilleries have to plan ahead to meet demand. When demand jumps unexpectedly, as it did between 2014 and 2015 when a million more cases were sold than in the previous year, this can disrupt that planning.

If a distillery doesn’t expect a jump in demand in the next 3 years, they may not distill enough whiskey that year to meet the future demand, leading to a shortage.

As demand for whiskey continues to jump year after year, many brands aren’t prepared for the increased demand. While they may start preparing now, the whiskey distilled today won’t hit the shelves for years.

As a result, the best Irish whiskey may soon run out.

Whisky in the U.S.

The popularity of whiskey from Ireland has led to an increase in distilleries around the world.

Given how popular whiskey was throughout the growth of America in the 1700s, 1800s, and 1900s, it should come as no surprise that plenty of distilleries popped up here as well.

As early as the 1700s, early Americans, and particularly immigrants from Scotland and Ireland, were brewing their own whiskey. In 1794, there was even a major rebellion in Pennsylvania to fight back against new whiskey taxes.

In the late 1700s, even George Washington was making his own whiskey at his Mt. Vernon home.

While other liquors, particularly vodka, outsold whiskey in the 1970s, whiskey is back on the rise. Today, billions of bottles of whiskey are sold annually in the U.S.

Inspired by a love of Irish whiskey and the history of Texan bravery, Maverick Spirits will soon be brewing their own whiskey. Inspired by Irish whiskey distilleries, Maverick will be handmade, distilled right here in San Antonia at 115 Broadway.

We invite you to learn more about the history of our namesakes and the stories of our ancestors here.